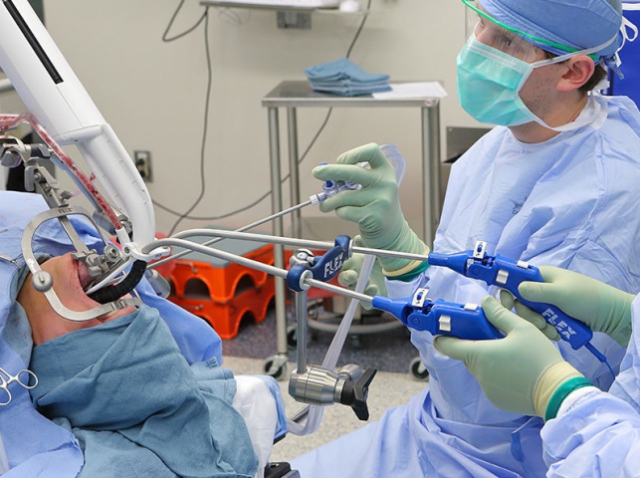 The Flex surgical robot from Medrobotics performed 19 throat surgeries and can also be used by obstetricians.

According to doctors from Hershey Medical Center, a surgeon fully controls Flex robot during an operation.

Flex Robotic System is a flexible tube with a camera. Doctor inserts it into pipes through the mouth and controls it with joystick.  The instrument allows reaching places which were earlier inaccessible. Procedures became less time consuming and less painful.

In the place of operation, the surgeon chooses a necessary robotic instrument: lancet, forceps, etc. Flex comes out of the patient’s organism by itself.

Doctor Goldberg, who is working with Flex, hopes that fully autonomous robot won’t be created because apart from anything else, surgery is the ability to evaluate a situation and take decisions.