5 Robots Booking It to a Classroom Near You 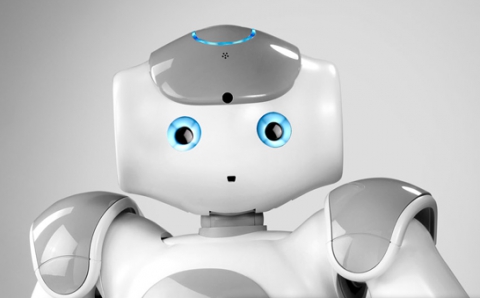 Robots are the new kids in school.

The technological creations are taking on serious roles in the classroom. With the accelerating rate of robotic technology, school administrators all over the world are plotting how to implement them in education, from elementary through high school.

Robotics 101 is now in session. Here are five ways robots are being introduced into schools.

In Harlem school PS 76, a Nao robot created in France, nicknamed Projo helps students improve their math skills. It's small, about the size of a stuffed animal, and sits by a computer to assist students working on math and science problems online.

Sandra Okita, a teacher at the school, told The Wall Street Journal the robot gauges how students interact with non-human teachers. The students have taken to the humanoid robotic peer, who can speak and react, saying it's helpful and gives the right amount of hints to help them get their work done.

The Nao Robot also helps improve social interaction and communication for children with autism. The robots were introduced in a classroom in Birmingham, England in 2012, to play with children in elementary school. Though the children were intimidated at first, they've taken to the robotic friend, according to The Telegraph.

Sick students will never have to miss class again if the VGo robot catches on. Created by VGo Communications, the rolling robot has a webcam and can be controlled and operated remotely via computer. About 30 students with special needs nationwide have been using the $6,000 robot to attend classes.

For example, a 12-year-old Texas student with leukemia kept up with classmates by using a VGo robot. With a price tag of about $6,000, the robots aren't easily accessible, but they're a promising sign of what's to come.

In the South Korean town of Masan, robots are starting to replace teachers entirely. The government started using the robots to teach students English in 2010. The robots operate under supervision, but the plan is to have them lead a room exclusively in a few years, as robot technology develops.

South Korea isn't the only place getting virtual teachers. A school in Kodiak, Alaska has started using telepresence robots to beam teachers into the classroom. The tall, rolling robots have iPads attached to the top, which teachers will use to video chat with students.

The Kodiak Island Borough School District's superintendent, Stewart McDonald, told The Washington Times he was inspired to do this because of the show The Big Bang Theory, which stars a similar robot. Each robot costs about $2,000; the school bought 12 total in early 2014.