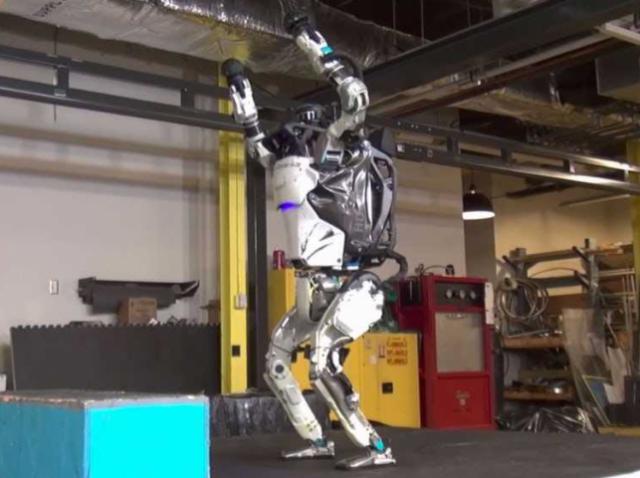 Boston Dynamics is again at the top among the YouTube trends. This time, the developers showed a video of the Atlas android that managed to learn new tricks. In addition to jumping to different heights and turning in place in the jump, Atlas can do a back somersault now.

Boston Dynamics has been particularly active recently: less than a week ago it released a video with the updated SpotMini, and now it has presented its other popular project. Atlas appeared not so long ago, in 2015 on the DARPA Robotics Challenge, and demonstrated the ability to walk and climb the stairs without help and belay. Then, it was enough to win the audience, but Boston Dynamics moved beyond that, and soon Atlas could already move along the terrain, stand on one leg and even clean up in the room.

Now, the movements of Atlas look like a sports training: jumps on boxes of different heights, really impressive, and at the end of the video it makes a real back somersault. The robot not only turned 180 degrees right in the air, but also managed to land on both feet, keep the balance and at the end of the performance raise its hands, repeating the gesture signifying the triumph.