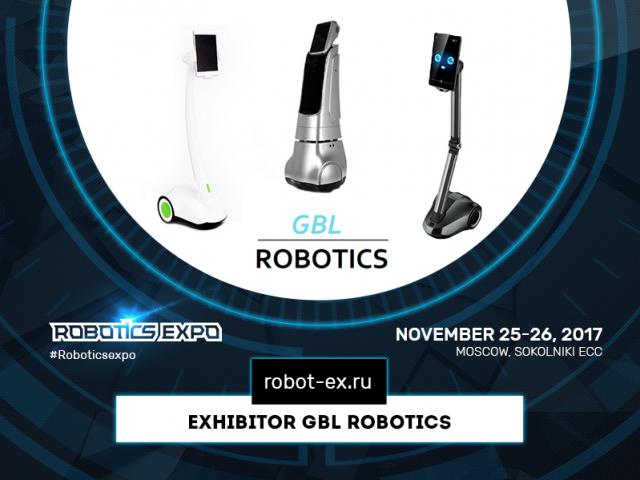 GBL Robotics will present its PadBot robot at Robotics Expo 2017!

PadBot is a telepresence robot, helping you to broadcast and do videoconferences in real time. Remote control is provided through iOS and Android apps. It supports iPhone, iPad, Android Phone and Android Pad.

Thanks to its sensors, PadBot navigates in the space around it: robot can avoid collisions with people and objects and has a falling prevention system.

PadBot is equipped with a 7800mAh battery, its charge is enough for 70 hours of standby mode.

GBL Robotics is working on developments in the field of service robotics. Company's robots are focused on face and voice recognition, telepresence and have autonomous navigation.

Register to Robotics Expo 2017 and learn more about PadBot!