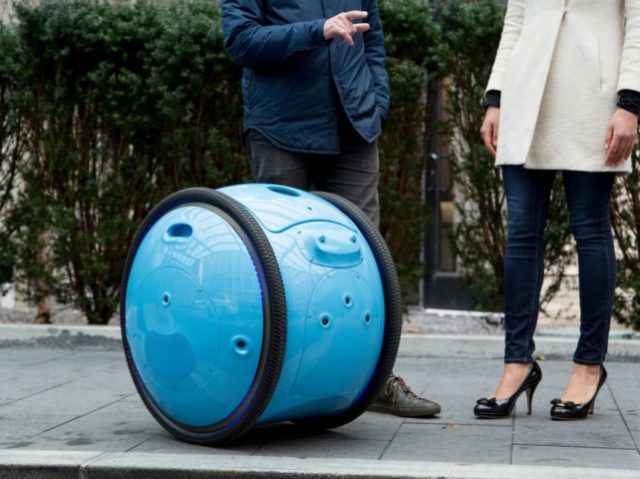 The development belongs to the Italian Piaggio Group, particularly to its newly formed branch - Piaggio Fast Forward. The device is designed for transportation of small loads such as luggage or shop purchases. According to promotional video, it will also be used for the express delivery of goods to customers.

Gita operates in two modes. The first one implies constant owner following. The user puts stuff into the inner compartment of the robot, puts on a special belt with the built in camera required for device management and goes about his business. The robot follows him. Gita can also move on its own, but it should walk along with the owner for some time to memorize the main routes.

A special 3D maps SLAM system helps the robot with navigation. Once it receives a signal from the camera, it immediately generates a detailed three-dimensional map of the surrounding space. Mathematical data processing allows Gita to accurately identify its own position and the position of the owner. Sensors, sonars and cameras allow the robot to keep on track, go round all obstacles and not get into an accident.

maximum movement speed of is 35 km/h and its load capacity is 18 kg. The final cost of the device is not known yet. Currently, the robot is undergoing final tests, and if Gita succeeds, it will be put up for a bulk sale.