Interesting news from the world of robotics. Digest 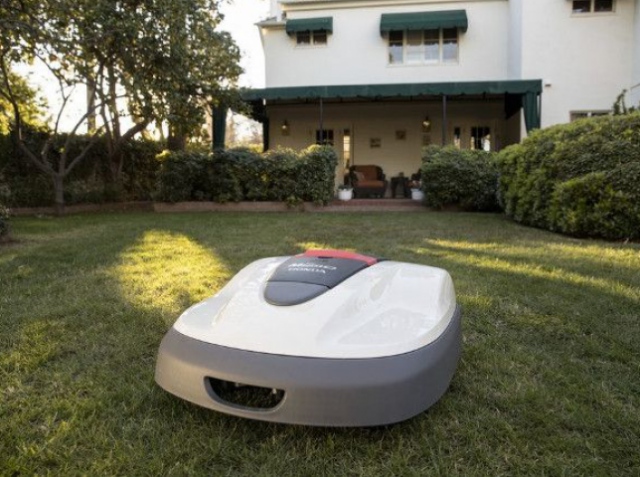 How does a modern Tarzan look like and what’s the difference between a Honda’s lawn-mowing robot and its analogues? To know the answer to these and other questions, read the news digest.

Tarzan will take patches under control

Unlike its famous namesake, this Tarzan wasn’t brought up by monkeys in the jungles. It was created in the Georgia Tech Institute for Robotics and Intelligent Machines. The new robot’s main task is to monitor condition of agricultural plants. In particular, it will take photos and videotape every lot, mark the dynamics of growth and send data to the server for farmers who will study it.

Tarzan performs its duties in quite an interesting way. It moves above the field on cables with the help of its “hands” reminding a real monkey and confirming its name.

Nowadays, robots are not very widespread in the household. But OhmniLabs Company hopes that the situation will change thanks to their development named Ohmni.

Ohmni is a home tele-presence robot. It was created for helping people to remotely communicate with each other. Developers believe that because of this need consumers will buy home robots.

The device represents a vertical stand with a display featuring an in-built camera in the upper part. The lower part is joined with a moving wheeled platform. Ohmni is controlled remotely but can return to the charging platform on its own if the battery is low. What is more important, the robot is simple to use. Right after the purchase users won’t have to spend time on its settings. One will only need to connect the device to Wi-Fi.

Indiegogo website is now gathering money for Ohmni’s mass production. At this point its price is 1395 dollars. After the campaign the retail price will rise to 1895 dollars.

A lawn-mowing robot Honda Miimo is conquering the market

First sales of the device started in Europe and turned out to be quite successful. So, the manufacturer decided to bring its development on the American market. Though, only two models of the innovative lawn-mower HRM 310 (for lots up to 0,2 ha) and HRM 520 (for lots more than 0,3 ha) will be represented in the USA. They cost 2249 000 and 2279 000 dollars, respectively.

Honda Miimo is equipped with a microcomputer and works on the battery. The device also has in-built sensors which monitor the level of grass growth and choose a corresponding frequency of mowing. Unlike usual lawn-mowers, Miimo doesn’t cut vegetation as short as possible. Freshly cut grass is chapped for fertilizing the lawn.

There are safety means in case of Miimo’s theft. If it’s lifted up, the lawn-mower will give a disturbing signal and turn off. The device can be turned on only by the owner of a secret PIN code.