How robots squeeze out human colleagues in fast food restaurants 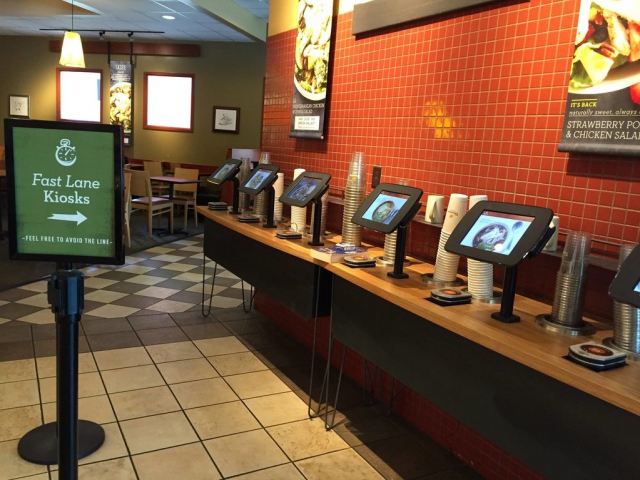 Everyone must have heard that robots can replace people in some types of activities, as they don’t need vacations or sick days, they are not late, lazy and don’t suffer from discrimination. We’ve been promised it for so long that many of us stopped taking such ideas seriously, thinking that if they are meant to be brought into life, it won’t happen during our lifetime.

But the reality turns out to be different. Robots are already employed, working not only in life-threatening production environments. The fast food realm proves it. Robots have been actively used here, and in some cases for quite a long time.

Sushi restaurants have been exploiting robots for several decades. Many sushi restaurants might have not survived without them. That’s because the process of making sushi and rolls is complicated and at the same time monotonous. Not every person can do it constantly.

One of the most famous manufacturers of sushi robots is Suzumo. It produces machines that can make 300 medium-sized rolls within an hour. Their tasks include everything: forming the rice base, adding fish, seaweed and other components. The personnel only have to press the power button from time to time and cut the readymade roll into portions.

In some Chinese restaurants robots are used for cooking ramen. Machines can do it in less than two minutes.

startup has been recently launched in the USA. It is trying to automate the process of pizza preparation. Startupers use two robots – Marta and Bruno. Marta spreads sauce on pies (she deliberately does it disproportionately for the readymade product to look as if it was done by a human). Further, the pie travels on a conveyer belt to the personnel who add the required toppings. Finally, Bruno places pizzas in the heated oven.

Founders of Zume have plans to produce pizza in specially designed vans, equipped with remote controlled ovens. While robots will be cooking pizza, the van will arrive at the place of delivery. Thus, customers will receive their pizza as fast as possible and literally straight from the oven.

The other American company – Momentum Machines – has already obtained a permit to open a burger café in San Francisco. Robots will be cooking there. One machine will be able to make 400 burgers within an hour.

Creation of a functional robot for food delivery (among other things) is an idée fixe of many developers. Some of them have already succeeded in this sphere. For example, a ground robot from Starship delivers food to customers in London. The device looks like a stylish container on wheels, and is securely protected from tampering. Robot makes the way to the destination point using GPS as well as special cameras and sensors. As soon as Starship arrives at the specified address, the customer will receive a special code to unblock the device and take out the parcel.

Another well-known food delivery robot is called “Carry”, manufactured by Marble and Dispatch. It is bigger than Starship and can transport up to 45 kg of various food products. It weighs a lot – two people can lift it. That’s how developers hope to avoid theft attempts.