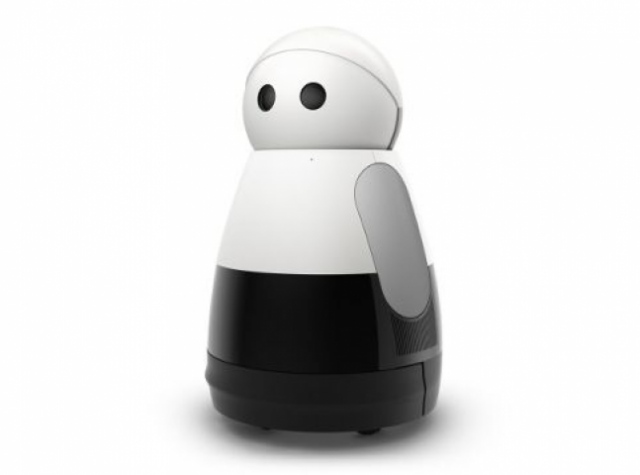 More and more companies are aiming to make their contribution to producing home robots. This year, Mayfield Robotics startup bought out by Bosch has become one of the first in this field. Their first collaborative development – Kuri robot – was shown at the international CES exhibition in early January this year.

Kuri has become the first robotic helper combining mobility, multi-functionality and reasonable price. It is a 60 cm platform designed as a cute small man. The machine moves using three wheels and is able to turn in the right direction. Due to a high resolution camera and many sensors, Kuri can go up and down stairs without risk to fall, as well as avoid bumping up against furniture and other objects.

Kuri responds to voice commands. Four built-in microphones allow it to hear a user from across the house. But the robot can’t speak natural language. It “communicates” using light and sound signals as well as its eyes that can show certain spectrum of emotions, for instance, joy.

An invited animator from well-known Pixar studio is leading the development of device design. In such a way, the developer hopes to make its robot as much attractive and kindly as possible. Kuri should trigger only the most positive users’ impressions, thus the development excludes all kinds of motions and sounds, irritating people.

As to robot’s purpose, it will be able to provide its owner with video reports of everything happening in the house in their absence, as well as to play with a child or read a fairytale. Accompanying its owner, Kuri is able to broadcast their favorite platter and radio programs.

All of these cost 699 dollars, including an advancing mortgage of 100 dollars. We would like to note that it is almost twice cheaper than the majority of analogues.