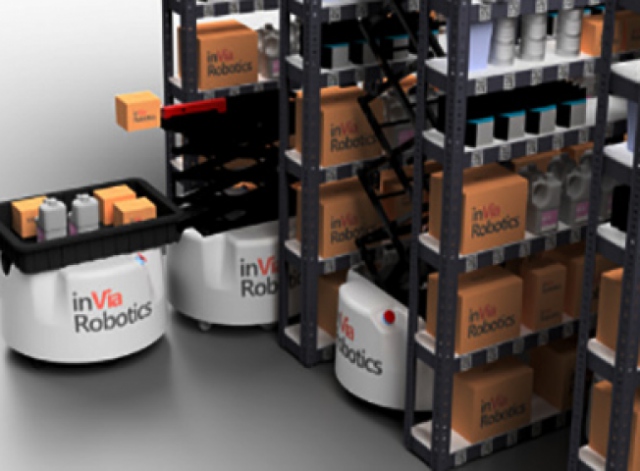 inVia Robotics is a major manufacturer of automation systems for various processes optimization and business efficiency improvement. Recently, the company has announced the launch of new robotic devices for warehousing activities.

GrabIt autonomous robot is quickly adjusting to the constantly changing environment and dealing with on-and-off loading pretty easy. The robot can lift cargo up to 30 kg, which width doesn’t exceed 60 cm. GrabIt’s partner – TransIt robot – can transport goods from one end of the warehouse to the other within short time. Autonomous machines can operate around 10 hours and then require recharging.

It is interesting that robots are relatively inexpensive, thus many companies can afford to automatize warehousing operations. According to developers, such automation allows enterprises to save significant amount of money for salaries, to make warehouse logistics more efficient, and to increase the rate of work greatly.

inVia Robotics solutions allowed significantly improve the quality of warehousing operations of many companies, including e-commerce suppliers. In particular, LD Products representatives told that they could compensate the lack of employees due to automation.