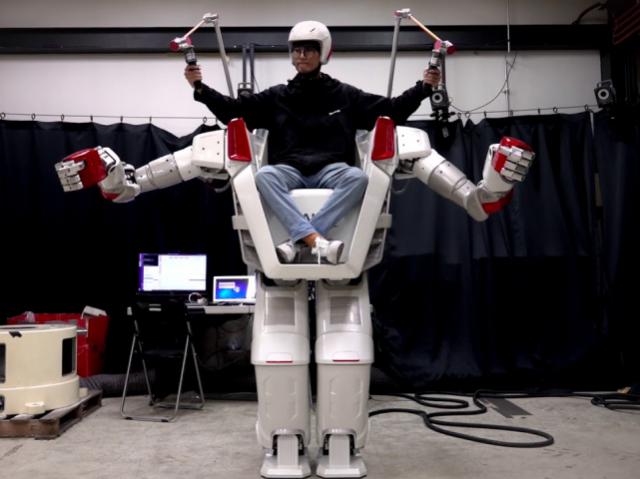 When mentioning humanoid riding robots, one usually thinks of a giant machine with a glass cabin for a pilot. Indeed, the Kuratas and Megabot Mk.III, known for the autumn battle, look like this: the height of the first one is 4 meters, and the second is almost 5 meters.

However, engineers from the Republic of Korea decided to change the established rule and created FX-2, a compact riding humanoid robot with an open cabin. Its height is about 2 meters, the pilot's seat is not protected by any frame, and all control is carried out by two handles. With their help person can control the robot’s movements, even the motility of the fingers.

FX-2 was developed by Rainbow-Robotics and HuboLab KAIST. The YouTube channel of the latter there is a video, demonstrating the advanced capabilities of the robot. Watch it and see how small, light and agile the robot is compared to its cumbersome brothers.