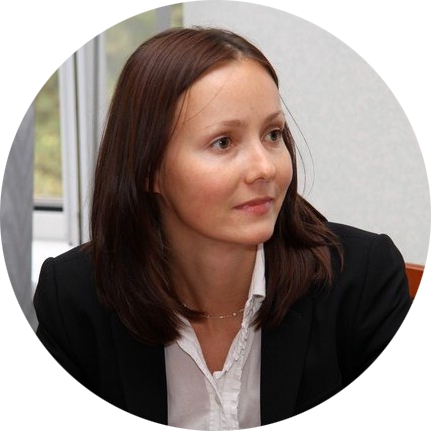 This is a great opportunity for local and foreign companies to meet on one platform to share experiences and innovations, and to listen to interesting presentations.

While preparations for the event are underway, we continue to tell about speakers of Robotics Conference. In particular, the founder and CEO of the Russian project "ExoAtlet" Ekaterina Bereziy will speak at the show; she will tell conference attendees about such an important invention as exoskeleton.

Mankind was always trying to create a device that is can increase the power of human with the help of external frame. This is exoskeleton that has become such an invention - a device that replicates the biomechanics of human and proportionally increases efforts applied for movement.

Today, such designs are used in various spheres of life. In the military industry, they became a powerful armor that increases the power, and in civil life sphere exoskeleton allows disabled to return the mobility and solve the problems of musculoskeletal system of the body: it also provides people using a wheelchair with opportunity to move.

"ExoAtlet" by JSC "Exorobotics" is the solution for symbiosis of man and machine; it’s an integration of human and robot at the level of mechanic and tactile interaction. In June 2014 the project won the leading innovative competition of Russia Startup Village that was held in Skolkovo for the second year in row.  The project was ahead of 750 other projects submitted that were selected by professional jury from across Russia. As part of the competition a four-minute presentation of the project was held. Audience that consisted of investors, representatives of major Russian and international technology companies and research institutions, said that the project has undeniable social significance.

In her report on "Robotic exoskeleton and its field of application" Ekaterina Bereziy she will tell about development of her company and about other major types of developments such as:

Information about the speaker:

Ekaterina Bereziy is the founder and CEO of Russian project "EkzoAtlet", graduate of Faculty of Mechanics and Mathematics of Lomonosov Moscow State University and the Academy of National Economy. She also holds MBA degree and has practical experience in development of robots.

Information about the company:

Team of "Exorobotics" consists of professors and researchers, authors of six candidate and two doctoral dissertations, numerous articles and scientific articles. Experts have extensive experience in research in the field of robotics. They have created six-legged robot and two-legged walking machines, two-wheeled robots, mobile patented robots "Cronus" and "Zorkiy".

Hurry up to become a participant of Robotics Expo 2014! To buy tickets today, follow the link.