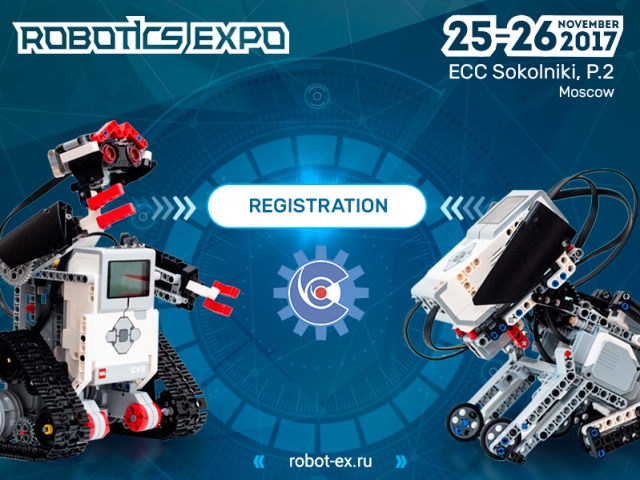 Is your LEGO robot definitely the strongest? Let's test it: register to participate in the RoboSumo competition and show us whose fighter is the coolest!

On November 25-26, Robotics Expo will host battles in RoboSumo nomination with robots assembled by children aged 7-12 years and 13-18 years.

Main task for your robot is to push the opponent out of the ring, just like in the ancient Japanese martial art. All gadgets must comply with standards described in competition rules, based on the international RobotChallenge rules.

Your sumo wrestler must:

The match takes place between two robots from two participants or teams. During the competition, only one team member can approach the ring. Match begins on judge's command and lasts until one of the robots wins two points.

If your fighter meets all regulation requirements, fill out the RoboSumo participation form!

After the registration, two participant groups will be formed and battles will take place on both days:

Robo sumo in the “Mini 15x15” category will be held together with Polycent – a scientific and technical creativity platform and a development center for children and teenagers (from 4 to 17 years old) with experienced and well-known trainers in IT, robotics, engineering. Teachers help kids to develop the technical competence, creative thinking, and interdisciplinary proficiency to solve tasks working in a team, using emotional intelligence and intercultural communication skills.

Participation is allowed only for registered teams, all participants of which bought a ticket to the Robotics Expo exhibition.