Are you lack of hands? MetaLimbs is great solution! 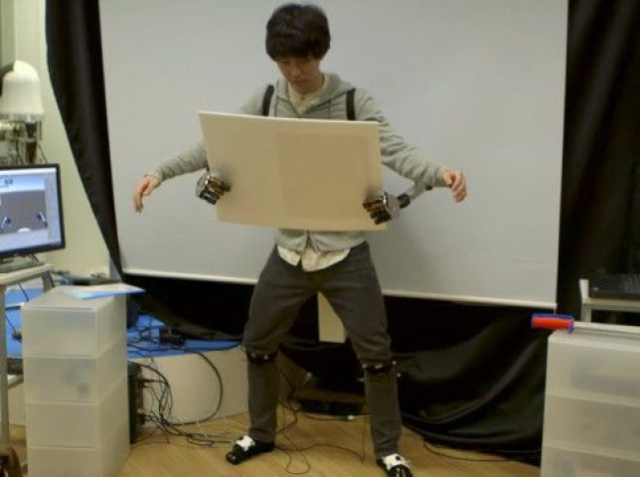 MetaLimbs (that is Multiple Arts Interaction Metamorphism) is a pair of mechanical hands developed by specialists from Inami Laboratory at the University of Tokyo. The system is fixed on a human body using belts, and its remote control is literally put on feet. It looks like a pair of socks with sewn-in sensors. These sensors read motions of the lower limbs and give MetaLimbs a certain command based on them. So, if a person clenches toes, the mechanical limb will do the same. If a person lifts slightly a leg, the MetaLimbs hand will be lifted as well.

the system can be used seated or, just in some cases, in the upright position. Besides, MetaLimbs actions are not too accurate, but perhaps it will be fixed eventually. Meanwhile, the developers are going to show their new device at the exhibition in Los Angeles.