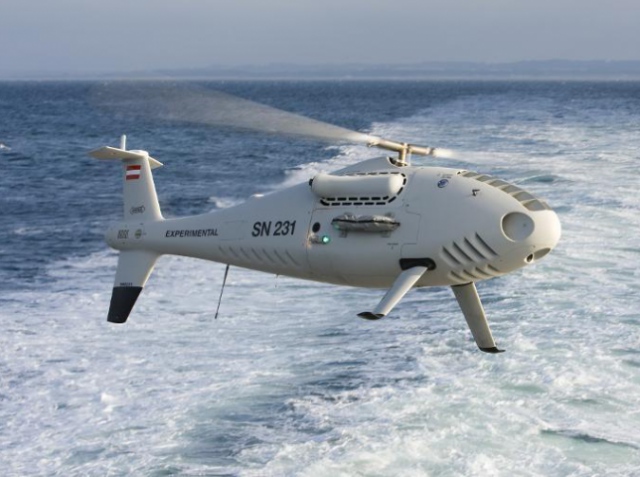 Military technology is quite a controversial topic in terms of morality, but it is also known that its development positively affects many other absolutely peaceful industries. Let's take a look at five military drones, which are admirable, one way or another.

Polyfunctional unmanned helicopter, designed by Schiebel from Australia. It is equipped with the Sage system, which is able to accurately determine the geolocation of ships. In such a way, the drone can track the enemy ships from a distance, while remaining unnoticed.

Small-sized US Navy UAV, created by Insitu, a subsidiary of Boeing Corporation. It weighs just a little bit more that 11 kg, can fly for up to 16 hours, and is launched by a catapult even from a very small vessel. It has the Airborne Computer Vision system, which automatically determines the location of ships, without the need for remote control.

Multifunctional robotic boat, the project of which belongs to the Ministry of Defense of Canada. It is equipped with a sonar used for seabed mapping, as well as with tools that measure temperature and explore underwater currents. Its length is about three meters.

A small-size unmanned vessel with a gearless diesel engine owned by the British Navy. After the tank is refueled, it is able to move at a speed of up to 9 km/h for about a week. It works in both remote control and complete autonomy modes.

The drone was co-produced by Boeing and Insitu. Its first flight took place back in 2002. It is used for reconnaissance and monitoring of military operations in more than 20 countries around the world. It is launched by a catapult, and while landing a hook is used. An infrared or an electro-optical camera is built into the nose of the device. Recently, an updated version was presented, in which the engine and sensors were improved.