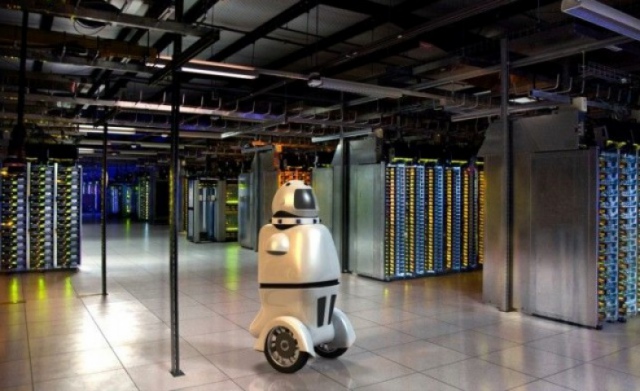 Unlike people, RAMSEE won’t sleep at watch. Surely, it won’t be able to fight back with robbers but it will timely inform security about intrusion, telling the amount of perpetrators. With the robot moving along a guarded object area, it will help to deal with the disadvantage of video control system, such as blind zones missed by the camera.

RAMSEE has an infrared vision. It is equipped with a laser radar, navigator, 360° camera, heat and gas sensors. The latter is required to know if penetrators try to use gas to knock out security guards or detect a leakage of gas in time. Information provided by the robot will make security job much safer.

Lew Pincus, the CEO of Gamma 2 Robotics, is sure that RAMSEE will change regular security services forever. It is perfect for using in any conditions: at night, when everything around is dirty, the situation is dangerous and when security guards just don’t want to work.