Real Warbots – a transfer of robots from virtual world to reality 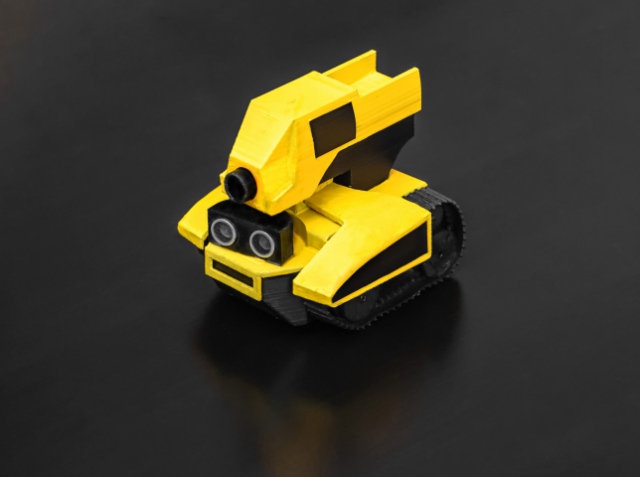 Kickstarter has recently introduced a new project which will undoubtedly please the fans of strategic games. The Russian company Cygob has decided to transfer the battle field from computer screens into reality – in rooms of flats and houses in particular. As in the standard strategic game Real Warbots’ robots will investigate the territory, collect resources, and fight with enemies defending the base. But the functions will be performed in a virtual reality by means of computer interface.

Of course, robots’ control differs from the standard one. The project will allow controlling twenty machines with one person having several robots at a time.

According to the project, 3 types of robots will be created:

Scout – makes the map of the nearest territory with its obstacles which is later displayed on the computer screen.
Worker – gathers resources which will be used as defensive fortifications and ammunition for conduction of operations.
Tank – is created for finding and eliminating the enemy.

Interface includes several categories: a map, a working zone for creating an algorithm of actions and the list of player’s robots. The algorithm of actions is prepared in advance and sent to the robot which starts carrying out the task. During the game the source code can be changed for a new one. This peculiarity in particular makes it possible to control several robots simultaneously.

Robots come with accessories: energy or fuel, materials and a factory building for recycling.

Developers are going to improve the project in future. If it turns out to be a success, the game will become available on Android and iOS. Startup creators are planning to raise no less than $200 000.