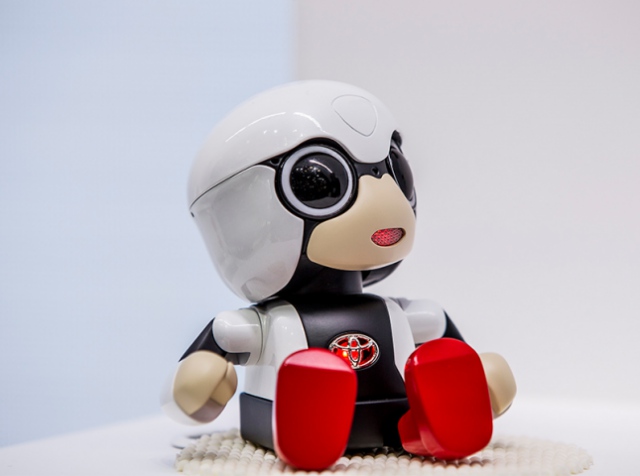 Japan has long been the leader in the speed of population ageing among all developed countries. The number of newborn children is below the level of zero population growth. It has become the reason for many elderly Japanese men and women living out their days alone.

To improve the life quality of primarily elderly people Toyota Company created small robots simulating little children. As is clear from its name, Kirobo Mini is very compact – the size of a human’s palm.

It copies the behavior of one-year-old child so don’t expect too much from it. Kirobo Mini identifies the owners’ gestures and emotions to react according to their needs. It can walk but not so well because of its inability to remain upright. The robot tries to talk with its “parent” but its speech is often slurred. According to the developers’ plan, it should encourage an emotional connection between the human and the robot.

The docking station reminds a child safety seat. Its size doesn’t exceed the car cup holder which makes the docking station convenient to travel with. Actually this is what Toyota expects. Kirobo Mini will detect the owner’s driving habits and provide the company with anonymous data. It is necessary for analyzing received information and improving car’s elements.