Robot vs professional racer: Yamaha Motobot threw down a challenge to Valentino Rossi 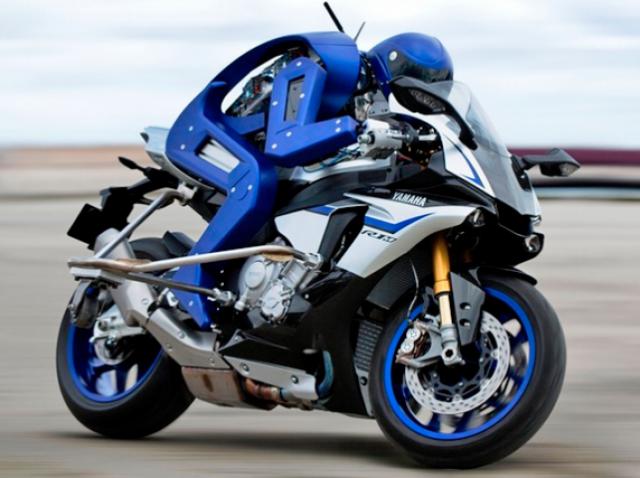 The team of professionals has been developing the robotic cyclist Yamaha Motobot since 2015. It has recently shown the result of 200 km/h on the racetrack, following which the company decided to throw down a challenge to one of the world’s best motorcycle racers.

As reported by CNET, the ninefold world champion in motorcycle road racing Valentino Rossi became the opponent of Motobot. The competition took place on Thunderhill Raceway in California.

Motobot’s result was 1 minute 57 seconds 504 milliseconds, whereas Rossi showed 1:25:740, which would be a hard-hitting loss at an ordinary racing competition. However, authors of the robotic cyclist are happy with the result: the only fact that a robot was able to make a full circle, working autonomously without any external control and backup is a great achievement.

Motobot is not a modified, remotely piloted vehicle, but a humanoid robot that rides an ordinary Yamaha motorbike. Company reps state that the technology has potential for further modifications, for example, the robot can be taught to ride a wave runner or an oversnow vehicle.