A hose-like robot will rescue people 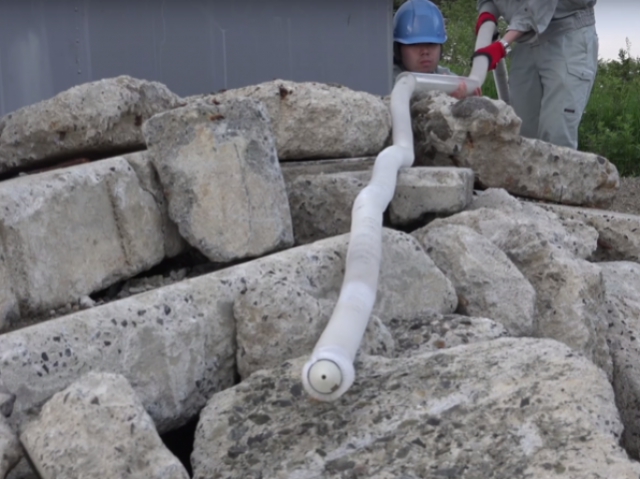 Japanese scientists created an unusually designed robot. It looks like a hose but is covered with wool and is moving like a real snake. The 8m long device develops a maximum speed of 10 m/sec.

The robot is capable of crawling on the ground backwards as well as overcoming various obstacles. In particular, it can climb over objects up to 20 m high and rapidly change the direction so as not to bump into frequent barriers.

The robot’s “face” has a built-in camera which helps it to study the surrounding territory. The device’s main task is to search for people who are trapped in the wreckage as a result of natural disasters. According to developers, the robot can get into hard-to-reach places and evaluate the safety level of the environment.