Robots on Mars: are modern machines ready to conquer the Red Planet? 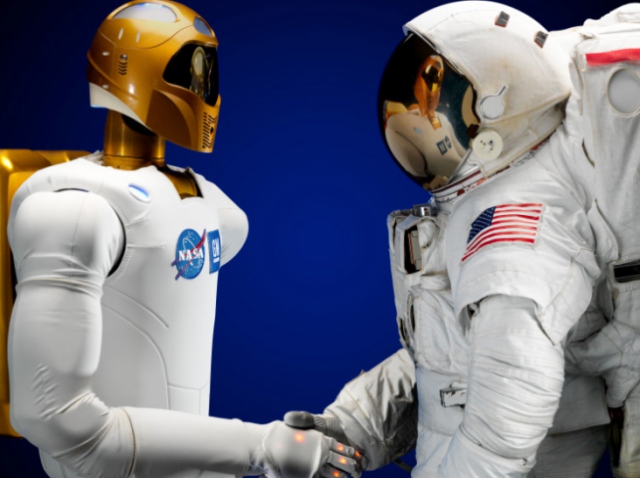 Colonization of Mars is one of the most topical subjects on the space market. Many experts point out that the first colonizers of the planet will be robots. It is they that will shoulder the burden of building settlements and everything connected to life support of the future colonies.

Valkyrie is a humanoid robot. It looks really impressive, triggering associations with droids from the Star Wars and other similar movies. Their mission is to prepare the Red Planet for people’s landing (build houses, etc.). The height of each robot is 1.8 meters, weight - 150 kilograms. It is expected that they will be autonomous, since the distance between Mars and Earth will not allow engineers to control them remotely.

Originally, these robots (totally there are four of them) were designed for assistance in rescue operations, and now they will be sent into space. Scientists do not hide the fact that Valkyries are far from being ready to conquer the Universe, but hope that they will change the situation soon.

First of all it is necessary to improve motion coordination of the machines, synchronize 28 joints and connections with 200 sensors installed throughout the body. The future colonizers should also be equipped with more durable framework in order to be protected from the Martian dust. But the main thing is to develop software that will allow Valkyries to operate and study in the harsh environment of the Red Planet.

In other words, these robots are still completely unprepared for the colonization of Mars.

Red Dragon is a capsule, projected by SpaceX. It is planned to be sent to Mars in 2018, but only for exploration so far. Developers want to see if the Red Dragon is able to land successfully, as well as to transport goods to the Red Planet. Developers say the robots will assess livability of the planet’s surface, study the origin and composition of the Martian ice, look for natural resources, try to find stirrings of life on Mars once again, etc.

In fact, Red Dragon is a large UAV. It is an improved version of the Dragon system, which was launched in 2012 for docking with the ISS. It is known that the new space ship will have an advanced landing system that will allow it to land on the surface of any solar system object.

Red Dragon will be launched together with an improved version of the Falcon rocket, used by SpaceX company now. Taking into account the success of Dragon, it is hoped that its ‘colleague’ will cope with its mission as well. But so far it is too early to judge. The space ship is still under the construction, and therefore, there were no test flights to the orbit yet. That is why it is unknown, what to expect from its launch.

This fall, Elon Musk revealed some details of his plan for Mars exploration. Among other things, the program involves sending mining robots to the planet, the task of which is to build sub-terrestrial dwellings for people. What kind of robot it is, as well as its operating principle, is still unknown.

By the way, it is quite an interesting issue. Musk told in detail about the program, flight, estimated the required amount of fuel, explained why Mars was chosen, predicted the creation of an entire civilization on the Red Planet. But he didn’t give any information about the development of colonies, robots, which will build them, paying with fine speeches only. It looks quite screwy. Perhaps, SpaceX has no standing developments in this field yet; otherwise we would probably have received some details.

Another stumbling block in Mars colonization is a problem of robot control. The distance between the Earth and Red Planet makes it impossible to control the robots directly. Even if staying on the earth's orbit, it is quite hard for the astronauts to keep in touch with the home planet.

However, things can't be all that bad. Recently, mass media told about the international project Unisono. Being the part of the project, the VTT Technical Research Centre of Finland has developed a technology that provides clear and constant communication between the space station and machines that are located on the Earth. It is a huge step forward, which undoubtedly will accelerate the colonization of Mars. But the new technology still should be improved, and then to be tested under the Martian conditions. And it all takes time.