Robotics Expo will feature a new section dedicated to drones 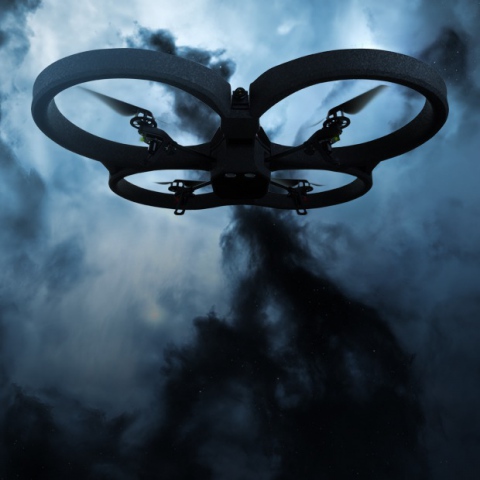 Now remotely piloted vehicles or drones are as much a sign of the times, as a smartphone or tablet. They are becoming increasingly popular and can be easily applied in various fields.

In 2013, at the Robotics Expo one could see drones from Sky Gadget, AI-Drone, and listen to the report by Iranian expert Amin Rigi (RTS Lab) on the drone-saver.

In 2014 we will feature an entire section dedicated to drones to watch the masterly maneuvers of these techno-birds in the air.

At present, robots drones are in demand in a variety of fields ranging from agriculture to cinema.

For example, in the United States border guards patrol the Mexican border with the help of drones, that can estimate suspicious behavior.  According to the same functional principle system designed to monitor the activities of poachers will be developed.

Drone photographer and drone courier are no longer a rarity today. The first device is positioned as a device for entertainment and professional photography. Second - as a premium service for confectionery delivery.

Or maybe you've heard about drone-civic activist, demonstrated by Pirate Party Germany? Thus, members of the community started quadcopter during Angela Merkel speech, being not content with the performance of the Chancellor.

We can also mention drone-builder that is used to move heavy loads, and drone assistant used as a guide, and drone farmer as a robotic bee that is capable of converting energy into motion, and drone scientist - drone capable of flying directly into epicenter of the storm or even dive into the water, collecting information on tendencies and movements of atmospheric phenomena that was inaccessible for people before.

As you can see, there are no boundaries for the improvement of modern technology. Visit Robotics Expo and see for yourself!

Stay informed and get only useful information