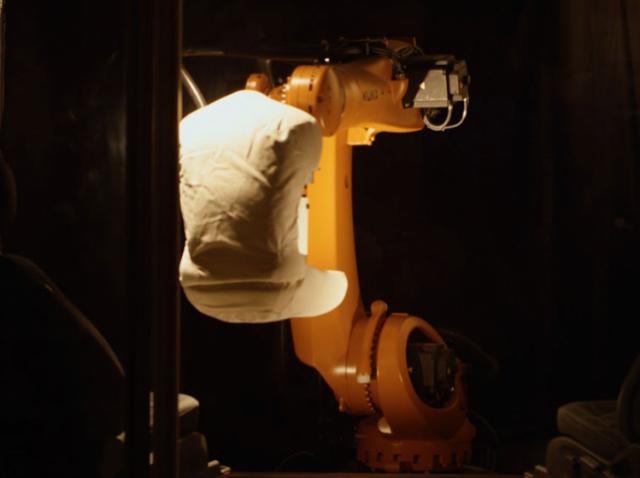 Ford engineers are known for their unique approach to creating every detail of the car. One of the most unconventional developments is Robott which tests car seats.

How it works? Just imagine: the robot crouched on the seat 25 thousand times for three weeks, which is equal to 10 years of use. The method helps engineers to look check the seat after such a long use life.

The name for a new device was chosen for a reason: Robott imitates with high accuracy movements of the driver when get into a car and get out of it.

The creation of robot followed a study that was previously conducted with the help of sensitive pad on the seat. Its task was to find subjects to the highest stress. The information received allowed the developers to create a pressure map to describe the most common trajectory of hip and buttock movements.

Robott looks like a mechanical manipulator arm with a special weighting. It will test all the Ford seats in Europe in the near future.