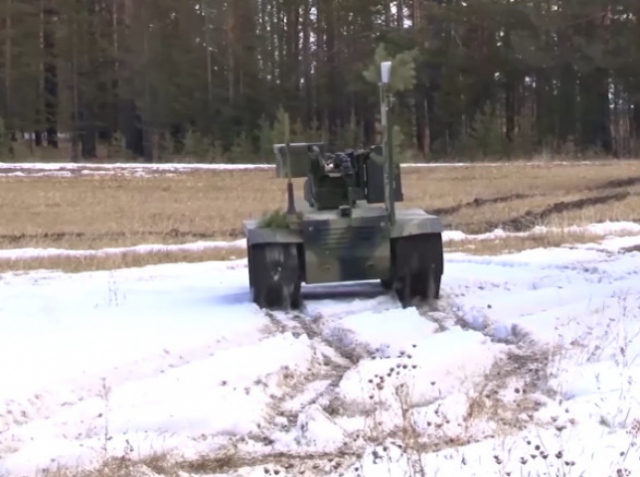 Russian Ministry of Defense has tested two robotic security guards: the first one is a mobile type and the other one is stationary. They are able to recognize the enemy even in disguise. The stationary robot is equipped with an infrared televisual observation system, 12.7 mm machine gun and 40 mm grenade launcher.

Testing was conducted within a "the enemy tries to enter the protected area" case. As a result, robots have been tested successfully. Their implementation will reduce the number of military men in the protection service of critical facilities.

The mobile robot is controlled via remote, and even though it is also provided with autonomous mode function, we still have not yet reached a stage that would allow us to entrust the machine to make a decision on shooting of the supposed enemy.

The mobile robot has 18 plug-in modules and is capable of carrying up to 700 kg of ammunition and other cargo. Developers plan to use the robot mainly for transportation of wounded.

Also, last month has been notable for testing of the robot that combining a caterpillar and anthropomorphic body features. It will be used for the search and neutralization of explosive devices, transportation of the wounded from the battlefield and the repair of other vehicles damaged during the hostilities.