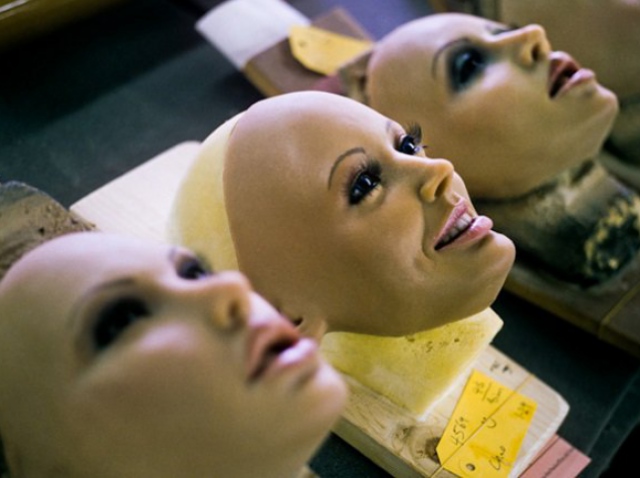 According to futurologists, humanity will switch to sex dolls instead of conventional relationships in the nearest future. Currently, robots are becoming more lifelike, being trained to hold a conversation and solve the problem of socialization.

Nowadays, love robots are a business cashing in on single’s feelings and those aren’t accustomed to the social life. Most people buy them not only for pleasure but thoroughly select an image and humanize for the reason of the absence of a life companion.

That’s why U. S. Read Doll has become to test AI dolls this year. Silicone girls can not only tell their owner some standard phrases but hold a real conversation. Only English language is recognized by now, however, others are going to be added. While talking, dolls move their lips and change mimics like people.

Real Dolls price starts from $5-7 000, with AI it will increase by 1.5 times. Not everyone would pay for this pleasure. Lumedoll has come with a solution by establishing a love dolls brothel in Barcelona. The house offers 5 robotic girls of different races and archetypes. Even with personal life stories. It will cost clients about €240 to interact with it.

Another U. S. sex robot Passion Dolly provides services at the Dublin brothel. Barbie-like blonde Dolly is credited the sexiest realistic doll in Ireland. She has massive boobs, an hourglass figure and lifelike facial features. A metal skeleton allows clients to twist all her body parts. Her skin is made of medical silicone. After each session, company representatives wash and disinfect the toy. Clients can have their way with a love doll for $100 per hour.

The Eastern market isn’t attractive enough yet to compete with American manufacturers, only various cheap modified analogs are available. For example, at Asia Adult Expo in Hong Kong, there have been presented sex robots with removable heads and facial details attached by clips. Moreover, clients can also change other body parts and hair color. As reported by the developers, removable options boost sexual attention since it is possible to have a night with a blonde and a brunette or choose a completely different face.

VR sex technologies development is in full swing in China and Japan. VR Adult Entertainment has been a part of the exhibition in Hong Kong. Its attendees experienced choosing underwear for a virtual partner or patting a lovey using a portable controller. Tenga has developed a virtual sex suit and an app. Users immerse in a walk along the beach and meet girls. Inbuilt sensors imitate body touches. In the future, other VR backgrounds and women’s costumes will appear. This technology will allow people to have an online sexual intercourse.

Trottla representative Shin Takagi creates little silicone girls trying to get free of a psychological disease pedophilia. The artist confesses that he suffers from this one and these dolls help to tame the illegal passion. Of course, it faces an onslaught of criticism due to the amorality of a sexual desire for robotic children. The same example can be provided about TrueCompanion dolls since they are forced to have a sexual interaction.

What is more, love toys come in for criticism on the side of psychologists, sociologists and law-abiding citizens. One of their most important argument is that robots are devoid of reproductive function, which destroys family values. Still, scientists don’t pack in. They have already started working on an artificial uterus for robots to get pregnant.

Probably, businessmen only cash in on someone else’s problems while people just need to get professional psychological advice. On the other hand, sex dolls can solve the problem of socialization. In any case, only future will make all these things clear. Now, we can only meet the leap of the technology with our jaws dropped.