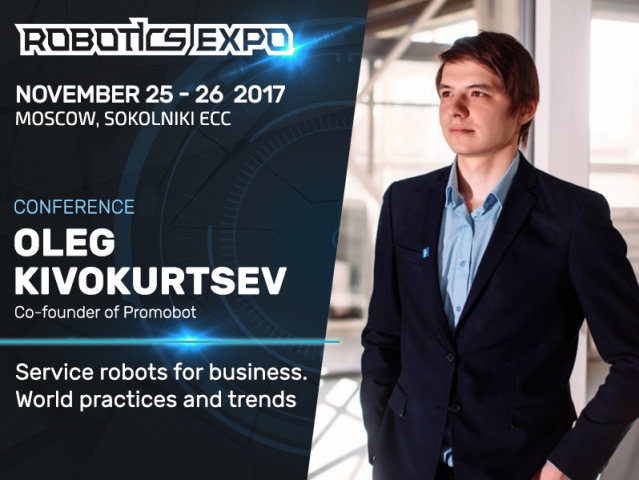 On November 25, founder and development director of LLC Promobot, which has developed a unique autonomous service robot for business, will speak at Robotics Expo in Moscow.

As part of the conference, Oleg will tell about service robots for business, their characteristics, and advantages. Speaker will also present trends of using such products throughout the world.

As a young businessman, Oleg Kivokurtsev is on the international Forbes list among top 30 most successful entrepreneurs under 30 years of age in the Industry category.