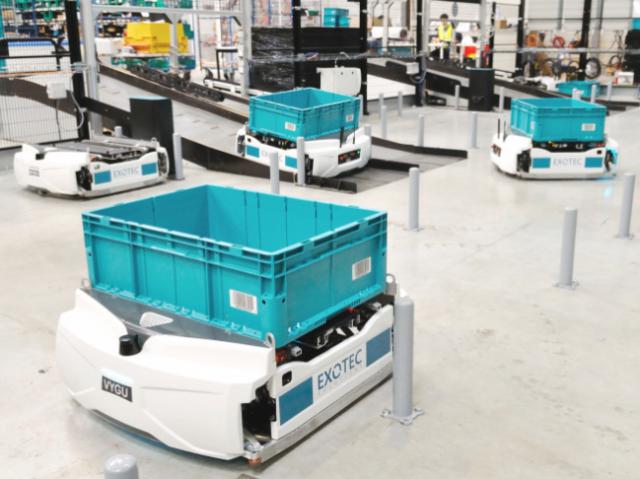 The French startup project Exotec Solutions presented its new development - the autonomous AI robot Skypod, whose speed exceeds the average by 4 times (16 km/h). Another important feature is its ability to climb storage shelves, and it goes up a vertical surface 5 times faster than its competitors.

In an hour, the French robot processes up to 400 items, while people only reach a 100. Skypod's carrying capacity is up to 30 kilograms. The movements are coordinated with the built-in laser scanning system, and thanks to artificial intelligence, the deployment of the device in a warehouse takes only a couple of days.

The Skypod robot technology has so many advantages that it has already been introduced in the warehouse of a large French Internet distributor Cdiscount, as well as in production of three less known local companies.