Human or robot? Watch a video to answer the question 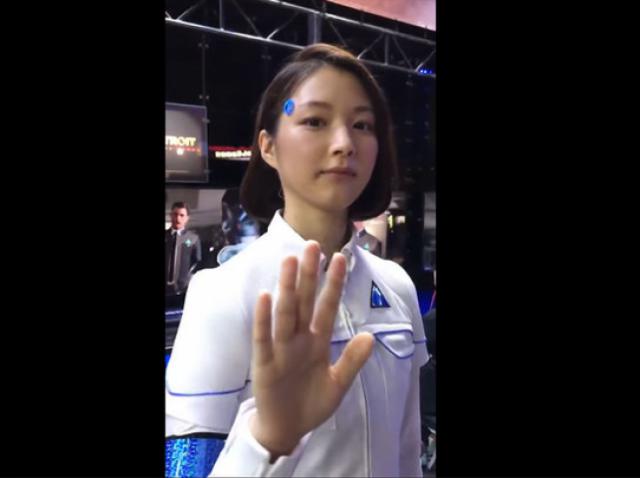 We used to argue about colour of the dress in 2015, now everyone is trying to decide was it a real girl or a robot in a performance to promote the game Detroit: Become Human for the PlayStation 4 at the Tokyo Game Show 2017.

A video from the Tokyo Game Festival showing a girl acting like an android has gone viral. That this is not a human being, but a robotic device – these were the inscriptions on the stand behind the girl.

It is still difficult to understand why someone took her for a real machine. Perhaps her acting skills are just much better than those of her colleagues. There is no doubt they are real human when you look at them.