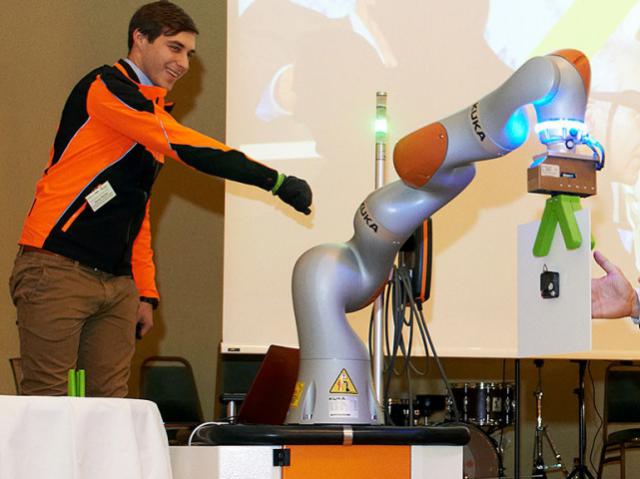 Wandelbots, the company that was officially launched two weeks ago, offered a solution to the key robotics’ problem. It lets people with no programming skills teach robots. German developers have created a number of adaptive programs and a special suit with sensors.

According to the idea, the operator wears a specially designed suit with sensors and demonstrates the needed movements to the robot. Anyone can be a teacher, a new system does not require any special knowledge, you have to only be able to perform the needed tasks. In this case, sensors are used, but not the machine vision. It traces the direction of movements and other indicators and transfers data directly to the computer, a machine that creates the model of robot's behavior.

The more repetition of the movement operator makes, the better robot remembers it. Engineers can correct learned movements or change them depending on the specific task. This is the work for programmers, but the founder of Wandelbots Christian Pichnik noted that the technology reduces the time for training the robot 20 times, and the cost, more than 10 times.

The company has already started working with large companies engaged in creating programs for robots. Moreover, Wandelbots started negotiations with a company that can provide equipment for the startup.