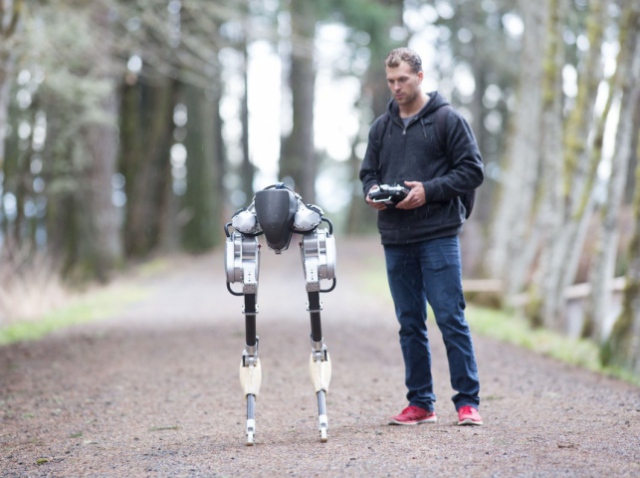 Weird robots reinforcements have arrived. This time the Agility Robotics engineers at Oregon State University came to the top.

The new development vaguely resembles an ostrich. Without a head and a body though. The Cassie robot has only two legs.

Such design was chosen on purpose. It gives Cassie a lot of advantages. Firstly, the robot is able to move on any rough terrain in a quick and skillful way. And if it falls, it’s able to stand up.

According to the developers, this makes it perfect for urgent cargo delivery to areas cut off from civilization due to natural disasters. Also, Agility Robotics scientists hope to adjust the robot to carry out rescue operations.