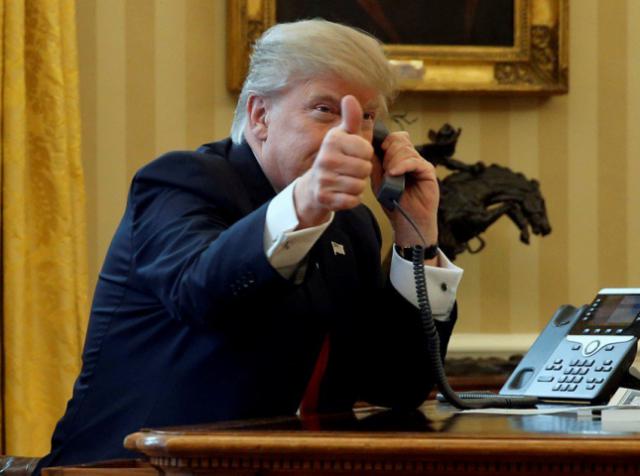 Disneyland is famous for many amusement attractions, one of them is Hall of Presidents. It is known for the gallery of robotic figures of all US presidents. The robotic Donald Trump, America’s 45th president, joined the gallery recently.

Robot-Trump proclaims his speech from the stage with the voice of the real president, gestures, rotates the body and imitates the human facial expressions. The figure looks quite natural comparing to other robotic presidents.

The Americans, who are unhappy with the offensive statements of the country's president, have created a petition calling on Disney to refrain from recording Donald Trump speech. They wanted to "punish" the president by depriving the figure of the voice. However, they failed.