In which sectors robots may replace us? 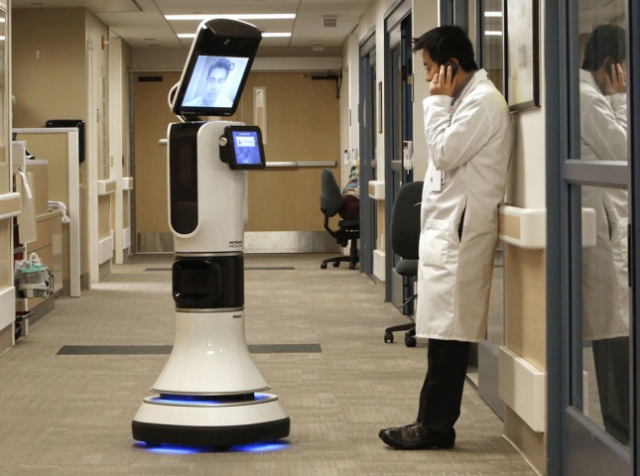 Today robots not only produce details for cars and planes. They are widely used in many other unpredictable areas.

Tiny AxiDraw robot has perfect handwriting. It was created in California by Evil Mad Scientist specialists.

Robot uses Inkscape vector editor, writes with the help of pens and markers perfectly and copy handwritings and signatures. It can be used for signing postcards and cake decorating.

More than 500 bank employees in the Royal Bank of Scotland will be replaced by robots. Customers fill out a questionnaire, and this data will be then analyzed and used for further robots operation. Bank of Tokyo is also going to introduce humanoid robots, understanding emotions and distinguishing 19 languages.

In New Zealand Domino's Pizza will deliver pizza using DRU robot. The device was created through the offices of Australian company Marathon Robotics.

DRU accelerates to 20 km/h, moves freely on the sidewalks and bicycle zones, overcoming obstacles using sensors and navigation system. To pick up an order, you just need to type the code and pay for your pizza.

In Japan, the first humanoid robot went to school. The main goal of the project is interaction of human and robot. Pepper speaks several languages and has been successfully used in commercial and financial structures.

Scientists from People's Liberation Army National University of Defense Science and Technology in Changsha, together with representatives of private sector, have developed AnBot robot for provision of security on the streets.

It patrols crowded areas of the city: subway, airports and railway stations. AnBot recognizes cries for help, and is able to call the police or use in-built electric shocker, but only after human’s order.