In China, over 1, 000 simultaneously dancing robots have broken the Guinness World Record 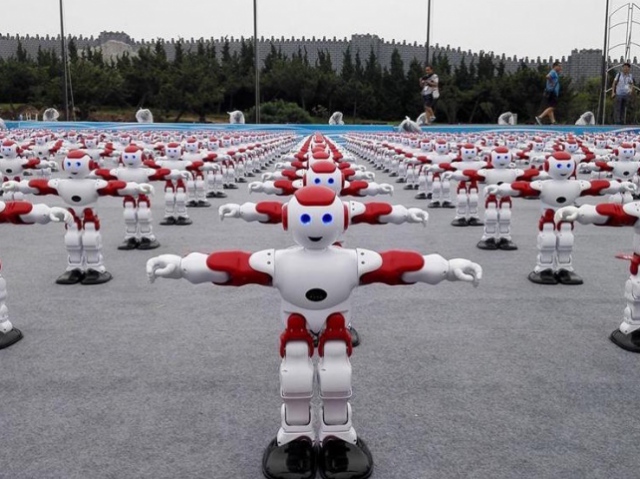 At the Beer Festival, which took place in a Chinese town, over 1000 robots simultaneously performed a simple dance and broke the Guinness World Record.

A simultaneous dance of machines is a fascinating show. First there were 1040 robots but some of them failed to cope with the task. They didn’t keep the rhythm and fell over. Despite this, 1007 robots were able to simultaneously perform simple moves and broke the previous record when a dance was performed by only 540 humanoid robots.

For participation in the show program of a Chinese version of Oktoberfest, Ever Win Company & Ltd chose cute 43.8 cm tall robots. Machines were controlled by a mobile gadget. The developers used a special encryption technology to eliminate interference from other mobile devices in the area of the dancing flashmob.

As a result, 1007 robots were dancing during one minute and set up a new World Record.