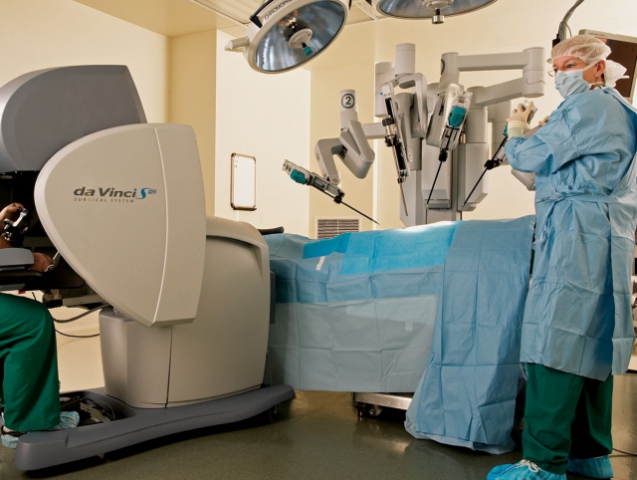 The robotic device for performing complex surgical operations called da Vinci is one of the first of its kind; its first functional prototype was created back in the 80s of the XX century. Today it is mass-produced by the American corporation Intuitive Surgical Inc. and used in many countries, including Russia.

Recently, a new video appeared on the network, demonstrating the da Vinci operation. It includes video where the robot “operates” the grapes and cuts fabric. It also demonstrates 3D modeled operations, as well as da Vinci's work with real flesh. In general, the video is not too detailed, but it is admired by the level reached by medical technologies.