Come all to master-classes!
Make your own robot

On November 25-26, 2017, a series of workshops for children of various age will take place from 11:00 till 18:00 as a part of the fifth international exhibition on robotics and advanced technologies – Robotics Expo 2017.

We invite you to attend robotics trainings from Lego, RobotDyn.

masterclass with a construction kit RobotDyn by Technovision. You will discover the way the simplest things become smart being trained to communicate via Internet as well as how to manage the joint work of smart things. During the masterclass, there will also be a chance to create your own app on ThingWorx platform.

You will explore why even a simple mobile robot can be autonomous due to cutting-edge technologies. You will experience training it to behave by setting reflexes, willpower or even individual traits of your mechanical pet.

The age limit for participants of the masterclass is 14 years. Moreover, basic knowledge of algorithms and programming is a must.
There will be 4 masterclasses each day. 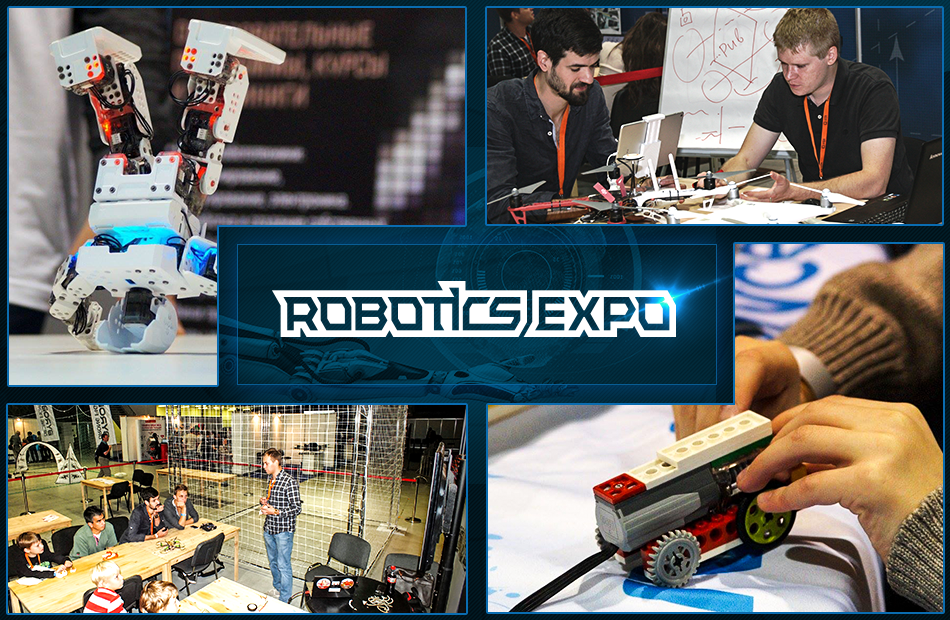 Young engineers will discover an amazing world of robotics in the playing form:

The lecturer will give participants a super task, requiring all of their exceptional abilities.

1. To explore the origin of walking robots.
2. To realize the concept of a kinematic structure based on Pafnuty Chebyshev’s plantigrade machine.
3. To build a robot using the Mindstorms EV3 construction set.
4. To test and adjust the device.
Developing walking robots, one faces such relevant issues as math modeling of the construction, its mechanics, and motion control. As the result, students will assemble a robot with a variety of sensors and engines as well as measure various features of its operation.

Programming on the computer will be convenient and transparent, as it is integrated with the user-friendly graphic interface.

On November 26, junior school students (aged 7-9) will create a model of their own robots at the Lego WeDo workshop. They will learn how to form its operating algorithm using special software installed on computers.
Students will find out what a worm-gear drill means, why it is called like that, what reducing and increasing gears are, as well as discover types of copters and their main features.
Besides, one will explain basics of linear programming. 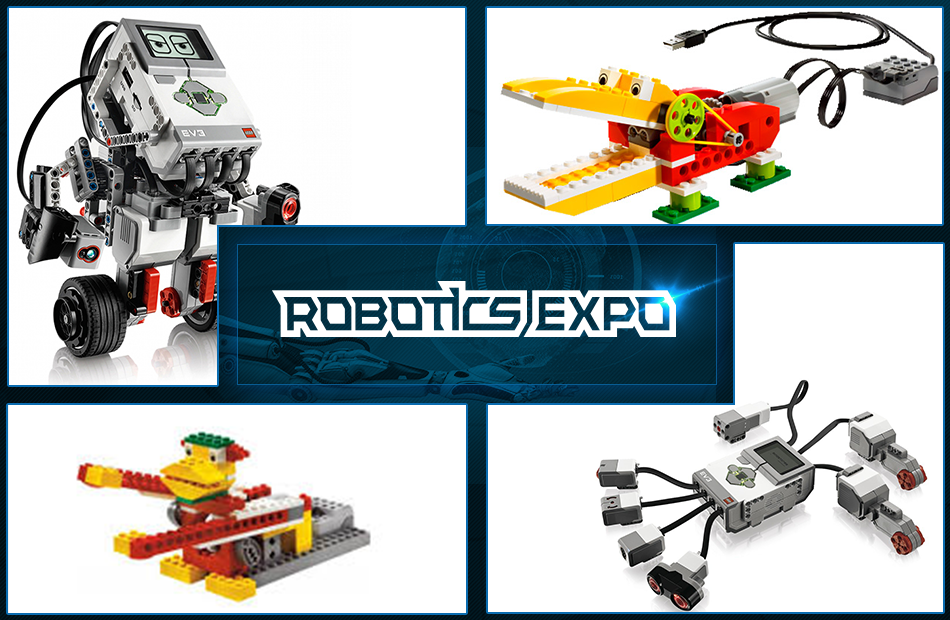 Seating is limited; hurry up to buy tickets.