On November 4-6, 2016 Sokolniki ECC held the IV annual international exhibition of robotics and advanced technologies Robotics Expo 2016. This year it was attended by more than 5 000 people; more than 50 companies presented their developments, and more than 40 speakers reported at the conference.

The first day of the event was dedicated to business projects, and exhibition included demonstration of the latest developments in robotics sector. 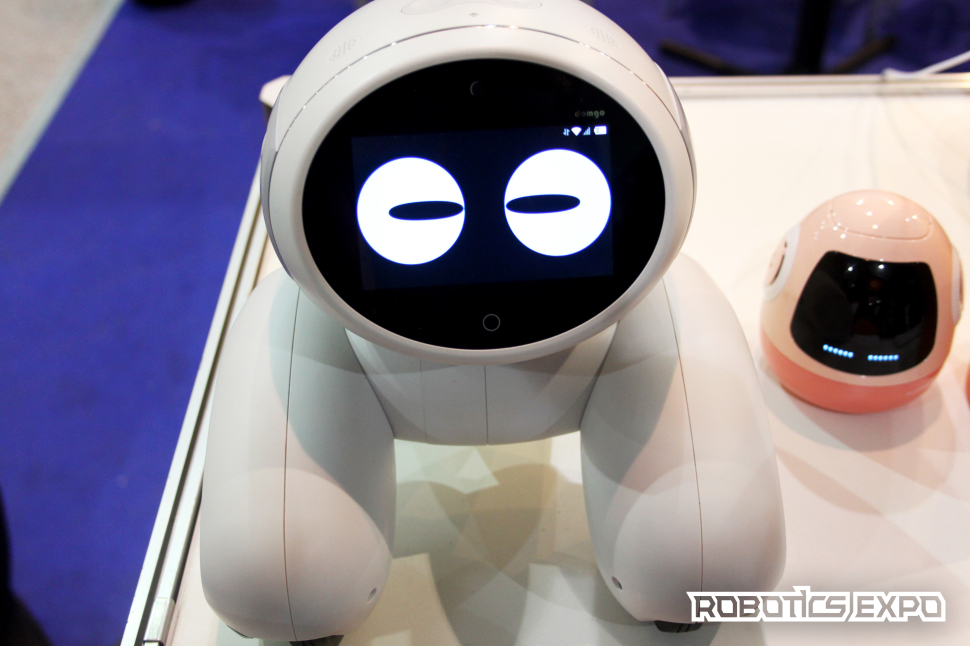 Within the business conference there were presentations of the leading robotics experts: representatives of such companies as KUKA Robotics, FANUC Russia, ABB-Robotics Ltd., YASKAWA Nordic AB, Robomow, etc. The list of speakers included Nikolaos Mavridis – founder of Interactive Robots and Media Lab. At the conference he presented robots developed by his laboratory – humanoid robot IbnSina, social robots FaceBots and interactive bot Ripley.

The sponsor of the conference was Yaskawa company. 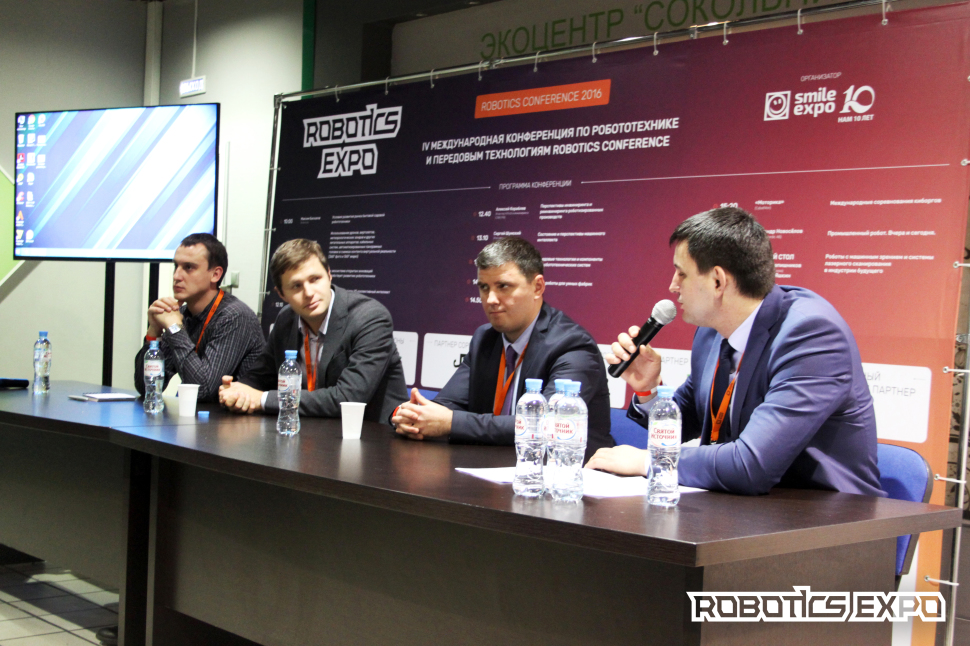 Tomsk State University of Control Systems and Radioelectronics impressed visitors with mechatronic arm on the basis of InMoov model, created with the help of 3D printing. Moreover, on its stand the University presented educational kit EON from Popkov Robotics – autonomous programmable model of robocar with machine vision.

A significant part of the exhibition was dedicated to construction kits for training students. Thus, educational robotics was presented by EduCraft company, “Electronic” roboschool and Alma Mater Robotics. Exhibitors explained that today many schools offer classes on the development of robotics on the basis of motherboards and C ++ programming language.

The adults weren’t left in the basket: at the joint stand of Tomsk Region the Biosens company demonstrated special construction kit for learning of electronics, circuit engineering and robotics.

Developers from St. Petersburg created a WOW effect. They demonstrated a powerful copter for aerial photography – Grifon. It can fly at the height of 8 000 meters with the speed of 80 km/h, filming and taking high-quality photos. Using the received images user can build a detailed 3D model of the landscape.

All fans of virtual reality were able to immerse themselves in a significant world using a new VR headset from HOMIDO.

And of course all the visitors were impressed by combat robots and spectacular Robot Wars that were held with the support of Toborobot center. The winners received certificates and prizes from the event sponsor GameShow channel.

A new generation of roboteers visited entertaining and educative workshop “Android robots” organized by the Center for Youth Innovation Creativity “Robots and Gadgets” and Moscow Institute of Electronics and Mathematics of National Research University “Higher School of Economics”, as well as Lego-based master classes (WeDo and Mindstorm EV3) from Polycent company. While playing, kids have mastered the basics of programming and robotics construction. 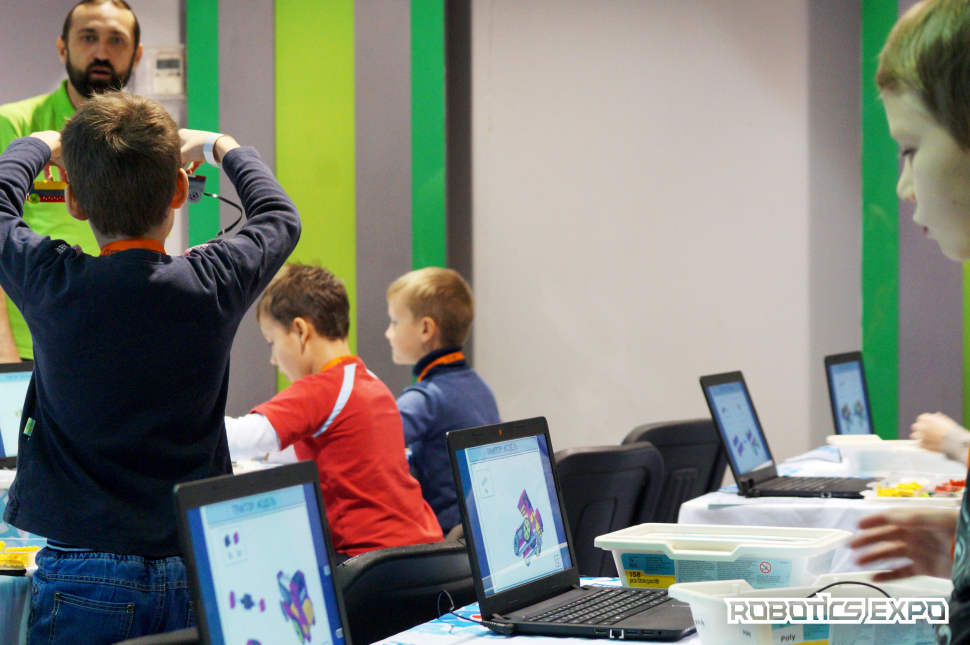 This year, the Speed Dealing section was held by the representatives of BAZAAR company – Denis Kozminykh and Viacheslav Semenchuk. The contest was held in the format of startup battle. Among many interesting and promising companies, the first place winner became Motorica company with the project on the development of functional and smart upper extremity prostheses for children and teenagers. And the People's Choice Award was given to the project of Odyssey startup, representing an undersea robot.

The event also included investment panel on the topic: “Prospects for further development of the ecosystem and product launch on robotics market of the Russian Federation”. Moderator of the discussion was Sergey Fradkov, managing partner of the venture fund and start-up accelerator iDealMachine. Participants of the panel discussion, including representatives of the Internet Initiatives Development Fund, Starta Capital, business accelerator StartON, venture funds Genezis Technology Capital and I2BF Global Ventures, as well as RoboCV, discussed commercialization of robotics projects. 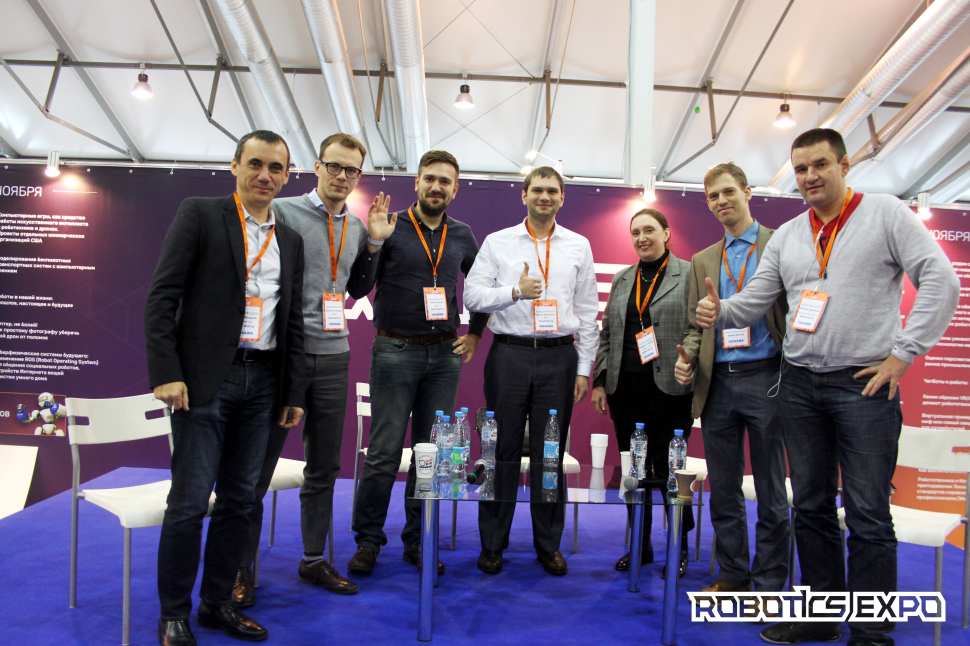 The fourth exhibition of robotics and innovations Robotics Expo 2016 has proved that the industry is actively developing and can offer a lot of interesting solutions for business, manufacture, scientific research and householding. Robots are becoming an integral part of our lives. It means that the V Robotics Expo 2017 will undoubtedly take place! See you next year!